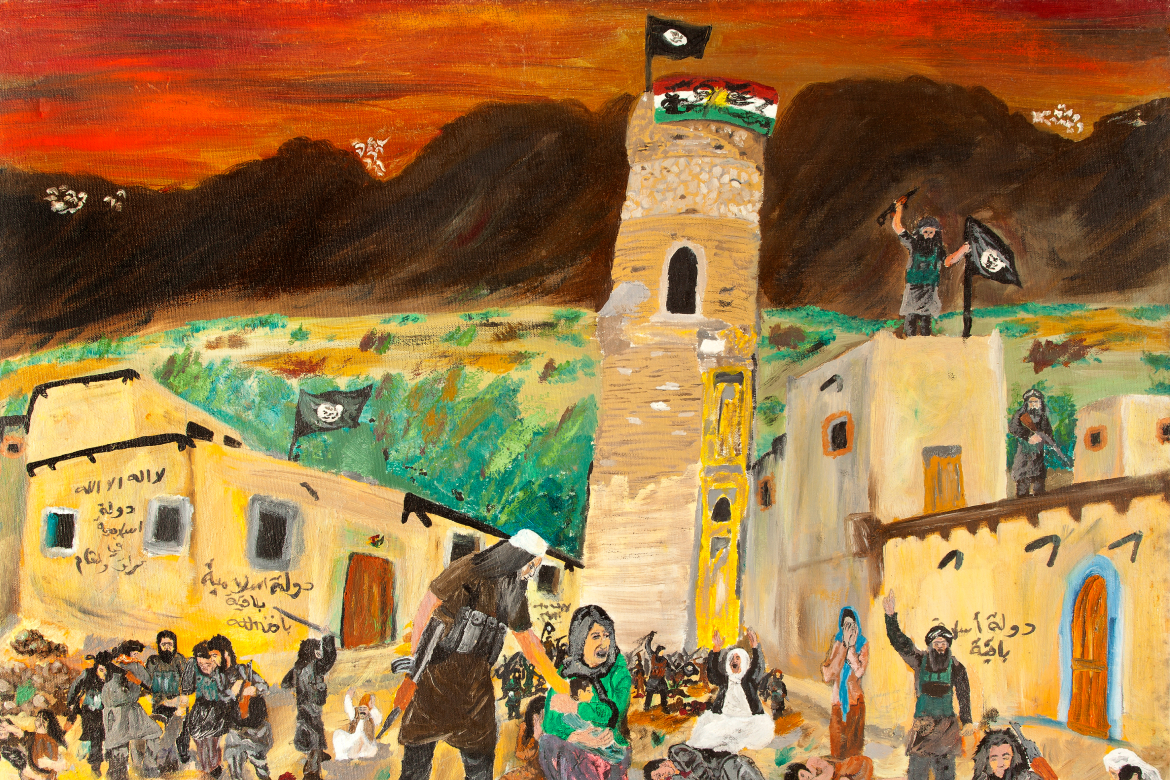 Pioneering digital archives of the culture of the Yazidis, a minority community in northern Iraq that suffered genocide at the hands of the Da’esh in 2014, were published today by the United Nations on Google’s Arts and Culture platform. The Yazidi Cultural Archives, which are globally accessible and available in English and Arabic, comprise four online exhibitions created by 16 Yazidi women working in collaboration with Yazda, a community-led organisation that protects and champions Yazidis and other religious and ethnic minority communities, together with Community Jameel, CULTURUNNERS, the Office of the UN Secretary-General’s Envoy on Technology and Nobody’s Listening. An evaluation of the impact of the archives on the psychological wellbeing of participants is being supported by the New York University (NYU) Arts and Health initiative and the World Health Organisation (WHO) Arts and Health programme. The archives were launched at the Yazda headquarters in Duhok, Iraq and at the Institut du monde arabe in Paris, France.

The archives, which were developed over the course of 12 months, aim to support female Yazidi survivors of the 2014 genocide in northern Iraq through the creation of a permanent digital repository of Yazidi culture. Leveraging the known psychological benefits of group support, artistic engagement, and cultural validation, the programme was delivered by Yazda with support from the Iraq Cultural Health Fund, which was established by Community Jameel and CULTURUNNERS in April 2021, as part of the Healing Arts initiative under the auspices of the WHO Arts and Health initiative. The project directly supported 16 survivors from internally displaced persons (IDP) camps in Qadia, Khanke, Mamrashan, Kabartu, Sharia and Chameshko in Duhok Province, and will now be used by Yazda for much wider psychosocial support programmes.

The trauma of the genocide and its aftermath – when thousands of men were murdered, and over six thousand women and children were kidnapped and enslaved, many of them raped – has taken a staggering toll on the Yazidi community, with suicide attempts and associated deaths shockingly high. Of the more than half a million Yazidis in Iraq before 2014, 360,000 were displaced by Da’esh, with over 200,000 still living in IDP camps until today.

The arts have long been known to facilitate our methods of communication, learning, and expression. However, in recent decades, the intrinsic health and wellness benefits derived from the arts have come to light through several scientific studies. As the world emerges from the greatest health crisis in a generation, this project will serve as a proof of concept of ongoing research into the positive impact arts – and the participatory archiving of culture – can have on ameliorating mental health and healing after traumatic events in communities affected by conflict.

The events in Duhok and Paris marked the launch of the Yazidi Cultural Archives, bringing together the Yazidi survivors who contributed to the archives, as well as policymakers, researchers, and practitioners from the worlds of culture and health to recognise the project participants and champion the role of the arts in supporting mental health recovery and resilience in post-crisis contexts. The events featured a multimedia presentation of the archives and a virtual reality experience by Nobody’s Listening, alongside testimonies from survivors and remarks from partners that highlighted the impact of the project in the context of a wider Arts and Health movement.

Haider Elias, president of Yazda, said: “Our culture is our identity; preserving it is crucial to our hearts and souls as a community. After the genocide of 2014, the cultural genocide started and is ongoing as our temples and houses of worship have been destroyed, in addition to living in displacement camps for more than eight years. This digital archive created by the survivors serves as moral support for those of us who have been traumatized and experienced a deep panic of losing our roots and culture.”

Christopher Bailey, WHO Arts and Health lead, said: “With a growing body of evidence that participating in and enjoying the arts can help people cope, exercise their agency, develop their abilities, build community and bring moments of joy, our vision is to lead a Healing Arts revolution that improves the physical, mental and social wellbeing of millions of people worldwide.”

George Richards, director of Community Jameel, said: “These archives record the richness of Yazidi culture and have been created through a participatory project designed to provide psychosocial support to the survivors of genocide. We are humbled to be working alongside such inspiring partners, especially the women who have created these astonishing archives, and the researchers and practitioners expanding our understanding of how the arts can improve health and wellbeing.”

Dr Nisha Sajnani, founding director, Arts and Health at NYU, said: “The women who created this archive chose to affirm their identity by documenting Yazidi customs and traditions for future generations. In doing so, they reflect the strength, dignity, and vitality of their community. This is an essential contribution to the preservation of social memory in the aftermath of violence and an important step forward in advancing the evidence base we have for the health benefits of the arts.”

Jack Lang, director of the Institut du monde arabe, said: “Art can save lives – we at the Institut du monde arabe are convinced of this. The entire team, led by Nathalie Bondil, who has worked for many years on this path of healing through the arts, is committed to supporting the cause of these courageous Yazidi women in Iraq. Their artistic creations attest to the whole world about their identity, suffering, and their hope against the violence of men and the genocide they have suffered. Thanks to this archive these women are able to help us, in turn, preserve our common humanity. Thank you to all the initiators of this restorative project, and above all to the female participants whom we welcome respectfully at IMA.”

With a special focus on community participation, the Iraq Cultural Health Fund supports programmes among the Marsh Arabs along the Tigris/Euphrates rivers in southern Iraq and the Yazidi community in northern Iraq. The Iraq Cultural Health Fund previously supported ‘Ark Re-imagined: the Expeditionary Pavilion’ – a project by artist Rashad Salim that sustains traditional cultural practices, including vernacular architecture and boat-building, and supports communities affected by conflict, climate change and the pandemic. Commissioned by the Iraqi Ministry of Culture, Tourism, and Antiquities, curated by Safina Projects, and produced by Community Jameel and CULTURUNNERS, Salim’s Ark Re-imagined participated in the Biennale Architettura in Venice in 2021 as the first-ever Iraqi national pavilion. 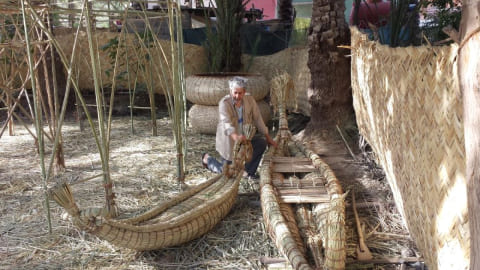